There’s a price for everything 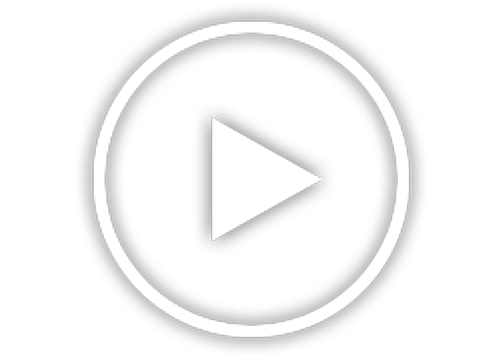 There’s a price for everything

Protected: How Much Is Life Worth?

Multivitamins, drugs, gene therapies, human skin, heart, eyeballs, kidneys, entire dead bodies – everything comes with a price tag. Putting aside the moral questions of why and how come that the capitalist market priced even our body parts and health, we asked the question of how much life is worth: what is the maximum that you would/should pay for a life-saving drug? How high is too high a cost if a drug can save 200-300 babies a year from a debilitating illness or death? And ultimately, does the pricing of new technologies, especially gene therapies, enable to fulfill their promise?

There’s a price for everything: butterflies, pieces of moon land, organs

The world is a giant supermarket where you find price tags connected to literally everything. A rare butterfly costs around $200 on eBay, an acre on the surface of the Moon is available for approximately $50 – although there’s no guarantee that you really become the owner of that piece of Moon –, and your organs are also for sale. Not only on the black market.

If you could harvest every organ and chemical in your body, you could make a $45 million. But in reality, Medical Transcription estimates, the average price of a human dead body is more likely to fetch around $550,000 (with a few key body parts driving up the price). If you want to legally sell your heart in the U.S., it can be purchased for about $1 million. Livers come in second, worth about $557,000 and kidneys cost about $262,000 each. Not to speak about human skin ($10/inch), stomach ($500) and eyeballs ($1,500 each). Unsurprisingly, organs are offered for less on the black market: maybe 10 percent of the above prices – but you never know where those body parts come from. Still, the black market for organs is flourishing and until technology, e.g. 3D bioprinting, doesn’t offer a viable solution for organ donation, it will remain that way – as there are too many waiting for organ transplantations.

Multivitamins, drugs, gene therapies, human skin, heart, eyeballs, kidneys, entire dead bodies – everything comes with a price tag. Putting aside the moral questions of why and how come that the capitalist market priced even our body parts and health, we asked the question of how much life is worth: what is the maximum that you would/should pay for a life-saving drug? How high is too high a cost if a drug can save 200-300 babies a year from a debilitating illness or death? And ultimately, does the pricing of new technologies, especially gene therapies, enable to fulfill their promise?

So it seems that your body parts are already labeled with a price tag. Scary, isn’t it? But in terms of the pricing practice, there’s not much difference when it comes to our overall health and life either. The distinction lies in that organs with price tags are not so visible to us than the price of therapies, drugs, or prosthetic body parts. Almost every day you pay for your health by buying vitamins, pain medication, or lactose-free milk. The question is how much is the maximum that you would/should pay for a life-saving drug? Is it fair to pay for life-saving drugs at all? How high is too high a cost if a drug can save 200-300 babies a year from debilitating illness or death? And ultimately, does the pricing of new technologies, especially gene therapies, enable to fulfill their promise?

Medication, especially life-saving drugs, should be available to everyone in need. In an ideal, utopian world, the means of healing people, the instruments for alleviating pain and suffering, the assets to save lives wouldn’t cost a penny. When inventor Frederick Banting discovered insulin in 1923, he refused to put his name on the patent. He felt it was unethical for a doctor to profit from a discovery that would save lives. Banting’s co-inventors, James Collip, and Charles Best sold the insulin patent to the University of Toronto for a mere $1. They wanted everyone who needed their medication to be able to afford it.

These noble gentlemen would definitely spin in their graves if they saw how far we have come since then: if they saw the price tags for certain drugs today or the pricing policies of certain pharma companies. Many surely remember ill-famed Martin Shkreli and the outrage he caused when he raised the price of Daraprim, a drug that treats the parasitic infection toxoplasmosis and is used in some cases to treat cancer and AIDS, from $13.50 to $750.00 per pill in 2015, which means a more than a 5,000 percent increase! Although a Bloomberg reporter suggested it should cost around $1 to make, and Shkreli acknowledged the drug takes “very little money” to make, the medication still sells for hundreds of dollars. Shkreli and his company were able to gouge the price as they acquired the sole rights to the drug’s sale in the U.S. without anyone else offering an alternative.

Although Shkreli’s example is outrageous, he’s not the only one who did something similar. An article in The New England Journal of Medicine focused on how companies buy up the rights to old, inexpensive generic drugs, lock out competitors and raise prices. For instance, albendazole, a drug for certain kinds of parasitic infection, was approved back in 1996. Back in 2010, its average wholesale cost was $5.92 per day, but by 2013, it had risen to $119.58. Perhaps the most concerning piece of news was, though, that the price of insulin has risen uncontrollably in the United States. The cost of the four most popular types of insulin has tripled over the past decade, and the out-of-pocket prescription costs patients now face have doubled. By 2016, the average price per month rose to $450.

Fortunately, governmental regulation started to take note and act on it. Members of Congress have been pressuring drug companies and pharmacy benefit managers to bring insulin costs under control and there have been several promising moves. In May 2019, Colorado took the unusual step of capping the price of insulin in the state: A new law says people with diabetes won’t have to shell out more than $100 per monthly copay for the drug, regardless of how much they use, starting next January. There’s hope that more states will follow Colorado’s lead and such steps will also cover other generic drugs than insulin, too. However, it’s certain that without efficient regulatory intervention, pharma companies won’t change their exaggerated pricing policies in the U.S. It is visible, for example, that in Western European countries where price controls are in place, the costs of medication are lower.

However, the problem is not just the increase in the price of generic drugs such as insulin, but also the incredibly high prices of new therapies and treatment options for rare diseases.

In May 2019, the FDA approved the most expensive drug on the market to date: gene therapy for a rare childhood disease, spinal muscular atrophy (SMA) caused by a single gene. At the moment, it costs $2.125 million per patient. The experimental therapy means infusing the patient with genetically modified viruses carrying healthy copies of the gene needed. Currently, there’s no other cure for the illness, which destroys nerves that control muscles – and the condition progresses very fast. Babies with SMA usually don’t live past their second birthday. This is the second FDA-approved gene therapy, the first one for an inherited disease was accepted in 2017 for a genetic form of blindness. That isn’t cheaper either: it costs $425,000 – for each eye.

Other revolutionary gene therapies are underway – and many fear that while they have the potential to eliminate lethal childhood diseases, and other rare conditions, no one’s going to pay for them as their price is set too high.

Why are gene therapies so highly-priced?

The pricing of medication and therapies is often way too complex and sometimes, as in the above cases of insulin and Daraprim, it seems to be way too arbitrary. Experts say that now that cheaper generic drugs account for about 90 percent of all prescriptions filled in the United States, pharmaceutical companies are turning to rare disease treatments and gene therapies as their next profit engine, with major companies like Pfizer and Novartis investing in drugs for tiny pools of patients. The question arises naturally: should a premium be paid for the treatment of diseases that are considered ‘rare’? What should be a reasonable price for what is called an orphan drug? Is it a viable method that rare disease drugs are priced based on a patient’s weight – meaning that prescription for an adult costs many times more than one for a child? Could it be the solution when therapies are paid for in installments?

When asked about fair pricing on drugs, Samia Hurst bioethicist said that “making a profit from finding, developing, and selling pharmaceuticals is legitimate, although we were never truly clear about what made it so. Perhaps we approve of this profit because we believe that the effort and creativity involved in bringing a new drug to the market deserve to be paid for. Perhaps we consider that the manufacture of a drug also merits payment. Perhaps we are not considering merit at all, but looking to the consequences: we want to incentivize the development of new therapeutic advances. Perhaps we want to guarantee that access to needed medical therapies is kept up by the profit motive”. That all could be a drive behind allowing pharma companies to ask for fair profit margins put above the costs of research and development.

Also, political philosopher, Matt Zwolinski, argues that those high prices are not only necessary to recoup the cost spent researching and developing that drug, but also the hundreds of other drugs that never made it to market. Charging a price that’s well above the “marginal cost of production” is the only way companies can make a normal level of profit over the long run, and therefore the only way to ensure that society gets the new drugs it needs.

Moreover, if we compare personalized therapies with generic solutions that were used up until now, their advantage is crystal-clear. On the one hand, they offer an efficient solution – and heal patients from diseases that were untreatable before, and on the other hand, they are much more cost-efficient in the long run when looking at the entire society. Thus, the development of personalized treatment solution is definitely the way forward – although companies should come up with better options for payment.

But ultimately, the Human Rights Guidelines for Pharmaceutical Companies in Relation to Access to Medicines specify that “companies must do all they reasonably can to ensure that medicines are available in sufficient quantities in the countries where they are needed.” They also suggest that companies are obligated to contribute to the development of drugs for neglected diseases. Thus, companies must make sure the drugs they produce are accessible to all patient groups – not just rich patients or those in developed countries, driving others to desperate solutions such as crowdfunding or not going to the hospital for treatment at all. Only then could gene therapies and other revolutionary healing methods fulfil their potential in making patient’s lives better.

IT'S TIME TO CHANGE

it's time to change

it's time to change